Speak to me Lord.
Show me the way,
To worship, to give you
All of my praise.

“WHAT did you say?” I repeated while staring down the sassy airline attendant behind the customer service desk. Pretending to be partially deaf, I leaned in closer to her crimson blazer as if it were a microphone. My hearing wasn’t the issue. I heard her clearly the first two times and didn’t care for her tone, so I dared her to repeat it one more time.

“WHAAT?” The hairs stood up on the back of my neck as I prepared myself for an all out verbal assault.

“The International Hotel!” she snapped and her devilish brown eyes bulged out of her head like a goldfish.

Several less-than-amused passengers from my flight impatiently tapped their feet and checked their watches, waiting in line for their turn to receive the same abuse.  Apparently, all of our luggage was not only missing, but somehow transported to an International Hotel some unknown distance away from the airport. At least I think that’s what she said.

(Waking life note: I find it interesting that, at this point in the dream, I realized that I could not recall what she said, because there was no memory of it in the dream. It seemed as though the past did not exist – there was only the present. Upon waking, I could only recall that the last two words she spoke which were “International Hotel.” This could be an ongoing lucid dreaming experiment. Stay tuned!)

After seeing this woman nearly self destruct behind the counter, I decided not to cause any more of a scene. I picked up my carry-on which contained something well worth the attention. My beloved dog, Bear. He had traveled with me on the flight, and was the only comfort I had in this overcrowded airport. I reached into my bag and pulled Bear to my heart, then cradled him in my arms. “Oh Bear, how are we going to get out of this mess?” His calm temperament and soft, mink like fur kept me from losing my cool. Luckily for us, there was a shuttle outside waiting to hustle us along to the International Hotel. The only choice we had was to catch that bus on time.

To see that wonderful smile on your face
is why I woke today.
Everything everywhere sticks to the web
and we don’t have a say.

I don’t care much for this world
if I can’t share it with you.
Hold me in your paradise and
this will be my truth.

Minute to hour, day to year –
change will always come,
but time could never keep me here
if you were not the one.

And if the skies ahead should fall
I’d give my all to stand with you.
Hold me in your paradise and
this will be my truth.

Your endless hope and promises
to love at any cost
have painted me a gallery of
dreams that won’t be lost.

Shadows to night, morning to light –
my mind will be on you.
Hold me in your paradise and
this will be my truth.

I have always been enamored with your eclectic bedroom; your knick-knacks and trinkets, the warm and cozy feeling of being surrounded by your ideas. I’m careful not to touch anything – just as I was when I would sneak into your room as a child to get a glimpse of the unknown.

My eyes feel their way around the corners of your bookcases and scan your shelves for new experiences. A few wine bottles full of liquid, frozen in time, stare back at me from a wine rack mounted to the wall. Below the wine is your old light box with seedlings and sprouted plants for your garden. In the center of the room is a well-lit table covered with bright, crystal figurines. This must be where you keep your treasures now.

As I take my eyes off of the beautiful surroundings and place them on you, I notice how youthful and peaceful you are in this room. I see that you also don’t require glasses anymore, but your hair hasn’t changed and your smile still stretches from ear to ear. This is so perfectly you.

“Well, everything is here. You can have anything you want.” Your words ring through my ears as you lift your hand out towards me holding a small gift in your palm. The only way I can explain this gift, is that it appears to be a black Rubik’s cube with hundreds of fluorescent needles and colors breaking through the surface like a sprouted bean. It symbolizes something intelligent, something intricate and imaginative. I’ve never seen one before.

While it may be the most amazing and heavenly thing I’ve ever been offered, I cannot accept it. Actually, it’s not what I want at all. I lunge forward and wrap my arms so tightly around you and give you the greatest hug that I ever could. One that I never had a chance to give you before you passed away.  Feeling you squeeze me back heals my soul and steadies my weary heart.

I thank the Lord above for this moment, and for the wonderful gift of dreaming. 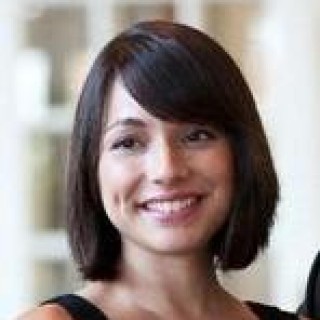 As a lover of all things artistic, I especially enjoy writing and of course dreaming. Sometimes these paths cross and dreams turn into songs and drawings or paintings. My waking life and dream life are equally a part of my story.